Depression is a serious medical illness affecting more than 16 million American adults every year, 6.7% of all U.S. adults1. Often a debilitating disorder, depression results in a persistent state of sadness or loss of interest or pleasure which interferes with an individual’s thoughts, behavior, mood, and physical health. Learn more about depression symptoms. 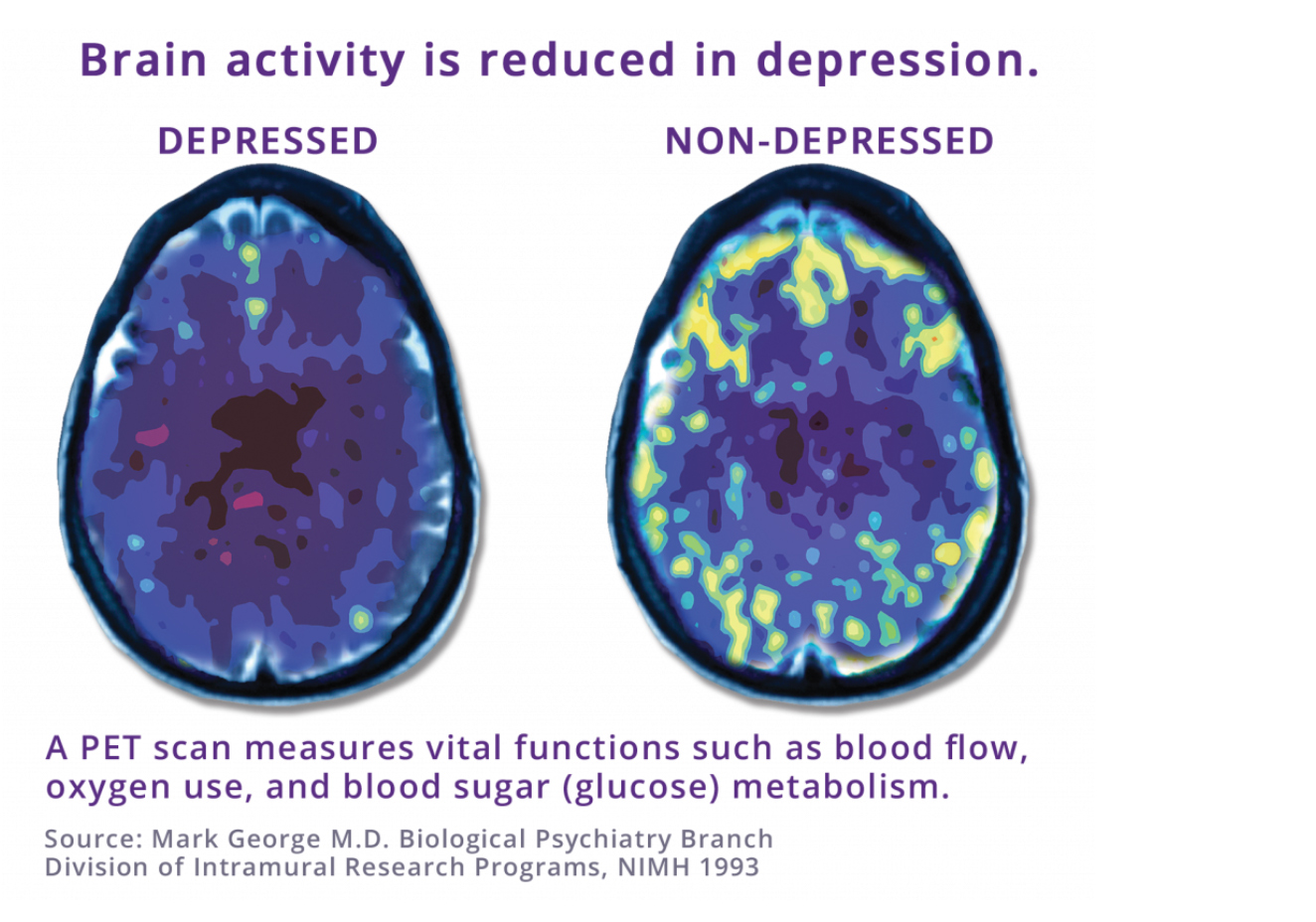 In 2010, the economic burden of depression was estimated at $210 billion in the US2 and depression was the second leading cause of disability, accounting for almost 20% of all years of life lost to disability and premature death.3

Depression can be a lethal disease. According to the Centers for Disease Control and Prevention (CDC) WISQARS Leading Causes of Death Reports, in 2017, suicide was the tenth leading cause of death overall in the United States, claiming the lives of over 47,000 people. Statistics show that 60% of whom suffer from depression.5 Overall, women are almost twice as likely as men to suffer from depression; however, some experts feel that depression in men is under-reported.6 Depression has no racial, ethnic or socioeconomic boundaries. About two-thirds of those who experience an episode of depression will have at least one other episode in their lives.

While the exact cause of depression is not known, the leading scientific theory is that depression is caused by decreased activity in the neural networks of the brain that regulate emotion and motivation. Increasing levels of neurotransmitters in the brain has been found to reactivate these neural networks, or create new networks. Neurotransmitters are chemical messengers that send signals between brain cells. Depression is most often treated with antidepressant medications. It is believed that antidepressant medications work by increasing the levels of these neurotransmitters. Learn about depression treatment options.

More than 4 million patients do not receive adequate benefit from antidepressants and/or cannot tolerate the side effects caused by them. For these patients, they need a new way back.